Why Is My Computer Making Such a Loud Noise? Ways To Make It Silent?

If you are feeling that computer is making loud noise then first of all, you have to understand the exact type of sound. Sometimes it is normal that laptops or computers make loud noise. But sometimes it is an indicator of something bad. There are mainly two type of noises usually come from the PC one is whir or rattling noise and another is beep sound.

Understand the type of noise

If Computer is making a loud noise then first of all recognize the type of noise. Is it beep or just a whizzing sound of a fan. If your computer is making loud beep sound and not starting up then it could be a warning sign of hardware failure. But if the computer starting properly and working then possible reason for loud noise is the dirty fan.

Sometimes you put something on the case it start making noise due to the vibration of the internal parts. Or if this is not the case then, the rattle is probably being caused by a fan.

As CPU is the main part of the computer, which works all of the time and most heat generating part. Modern computers are designed intelligently, so the fan runs silently in low speed mode most of the time. But when it heats go beyond the limit due to high processing load it start the fan in high speed mode, which could make louder noise. If the fan become loud all of a sudden, it is not necessary that there is something bad. It is quit normal.

If fan is constantly making whirrs then it means computer is overheating and fan is not able to cool down the processor. There are may reason for this like

If you listen repeated beeping sound or long beep on starting up of a PC, then there is something wrong with the PC. Actually PC performs a power-on self test (POST) before booting up to check that every hardware component is in working condition. If Post fails, then it beeps in different combinations. Different beeps have different meaning for different type of motherboards. Checkout here beep codes for post error.

Usually a single beep indicates that everything is working and computer passes the post test. So nothing to worry if you always hear a single beep.

Why computer makes loud noise? and how to fix it?

As we have learned above that there could be many reason of making the loud noise of the computer.

1. Due to the heavy load applications / games

If you are playing a heavy 3d game or heavy load application then computer fan start running loudly. Loud fan noise is because fan is running in its full speed. Usually modern computers are designed in such a way that fan runs in low speed mode when there is not so much heat buildup. But it automatically starts in loud mode or full speed mode when computer detects rise in temperature. If you are not running any heavy load application then there ate chances that something (resource hungry process like antivirus or virus) is running in the background which is drawing the power of the CPU.

PC fan become louder when play games. So there is nothing to worry, it is normal other then you do not like the loud noise. It will be normal again when you stop the game.

To overcome this issue vents can be unblocked by blowing the pressure air in it using a air blower or vacuum cleaner. Otherwise you have to uncover back of the laptop to manually remove the dirt and unblock the vents. If you are not comfortable in doing this job an expert technician can do this.

As in desktops there is lots of space for air circulation, so there are no chances of vent blocking. But in desktop case (cabinet) there are many fans to keep it cool apart from the CPU Fan. There is a fan attached to the power supply (SMPS) and there could be some extra case fans for the exhaust of the hot air from the case.

In desktops rattling loud noise can be from the case fan, power supply fan or CPU Fan. So hear the sound carefully and find out the faulty fan which is making the noise. Malfunctioning of the bearings in the fan results in loud noise. So either repair the fan, or replace it. Replacing it is quick and easy then repairing.

4. Make sure hard disk is not making the noise

If you are using a magnetic hard disk then the noise could be from the hard disk. It it is the hard disk making the noise then immediately backup all the data of disk to another disk and replace the disk. It is a sign of hard disk failure. Modern PCs comes with SSD (Solid State Drives). SSD does not uses mechanical technology, they are based on electronic chips.

5. Make sure it is not a vibration noise

When there is something loose in the computer it could vibrate and make the noise. Also check that nothing is kept on the computer case, due to vibration it can make noise. Tighten all the screws properly and make sure wires are not touching the fan.

How to make a computer silent

Above we have discussed about the noises in the system. If you feel that everything is okay and still noise is loud. Then here are some points which can be helpful to make the PC more quiet.

1. Use the liquid cooling system

To cool down the system today a new technology is there known as liquid cooling system or water cooling system for PC. These cooling system lower the CPU / GPU temperature and also make the noise level down. It can cut approx. 5 to 10 dB of noise.

Cleaning the laptop fan and vents on a regular basis keeps it running smoothly. Cleaning is also required for desktop fans. In a clean system, air circulates freely, which helps to keep the temperature low.

If you want to clean the laptop fan without opening the laptop, the only option is to blow pressure air into the vents. However, because dirt becomes stuck to the fan (if it is not cleaned on a regular basis), it is not possible to clean it with just pressure air.

Which loudness level is normal?

Loudness of the noise is measured with the unit Decibel (dB). Lets compare the noise level. Generally whispers are around 30 dB and conversation approx. 60 dB. So if your pc is making approx. 25 dB of noise then it is considered as Silent PC. Ambient noise level is around 20 dB.

If computer is making a loud noise it does not necessary it is bad. It could be due to the resource hungry apps. But if it is making loud noise regularly then CPU fan is the possible culprit. To fix it clean the air vents and fan or replace the fan with the new one. And if you need a more quieter pc then clean it regularly and install a new liquid cooling system in it. 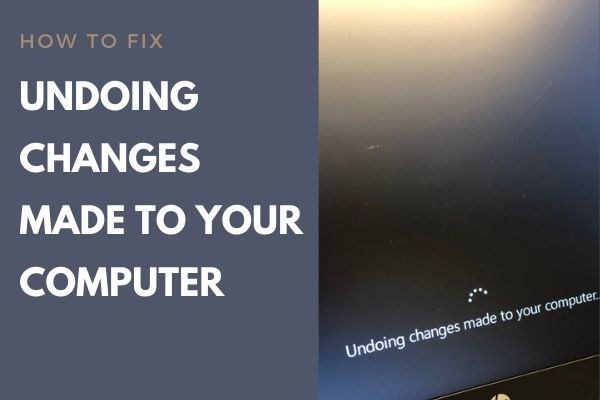